The sparring system of the ancient Samurai

While in Kenjutsu, which can be understood as a partner technique training with fixed sequences, we teach sparring similar to Kendo in form of the ancient Gekken system. Most of the Koryu schools, Ryuha which were founded before the Meiji period (1868), trained Gekken with Bogu (armor) and Shinai (bamboo-sword), as well as with Bokuto and Shinken. The modern Kendo has its roots in Gekken and took over the equipment.

Mugai Ryu, as well as its founder Tsuji Gettan were famous in the Edo-period for the skill in Gekken. 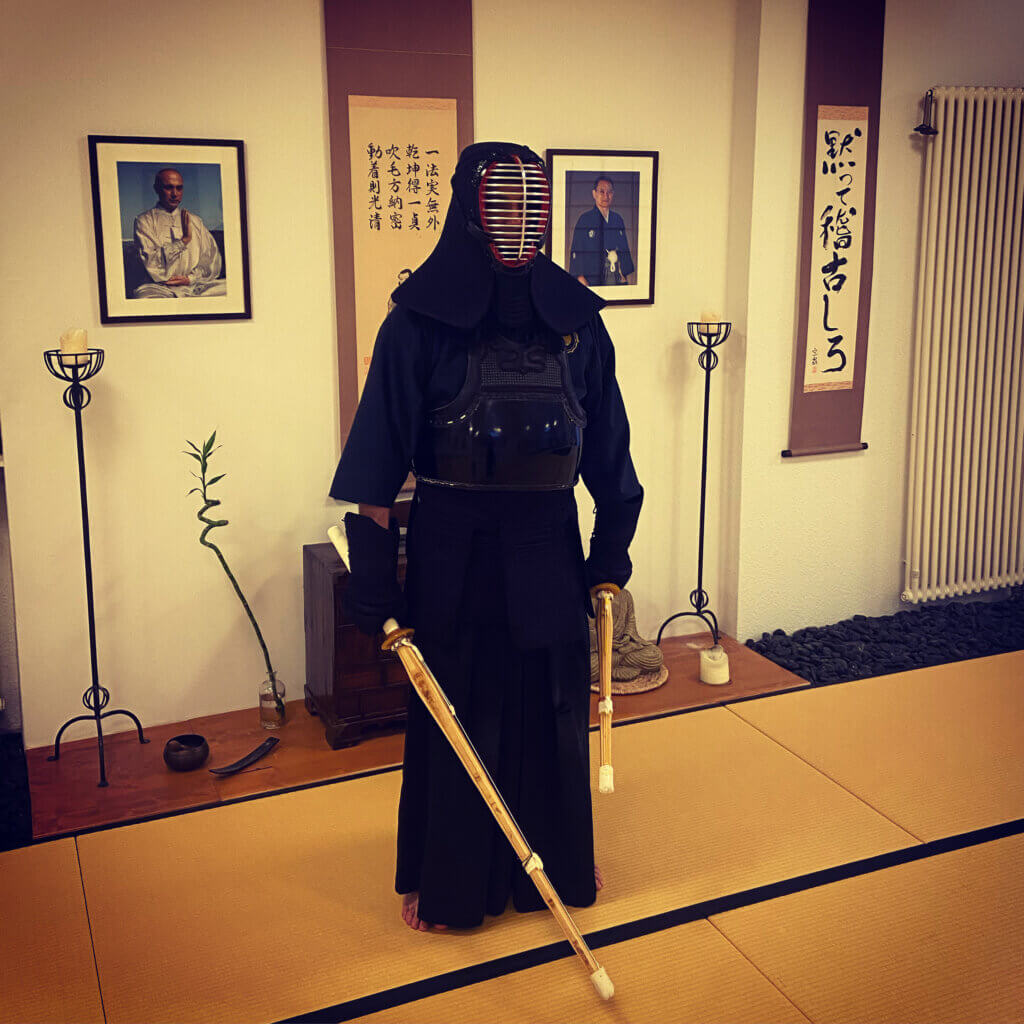 The biggest difference from Gekken, the sparring system in Mugai Ryu, which was also called Shiai Guchi in the past, to Kendo lies in its rules and hit zones. While sport competition with its rules is the main point in Kendo, Gekken follows a different and more authentic approach, closer to a real fight and technique of the ancient Samruai without fixed hit zones. 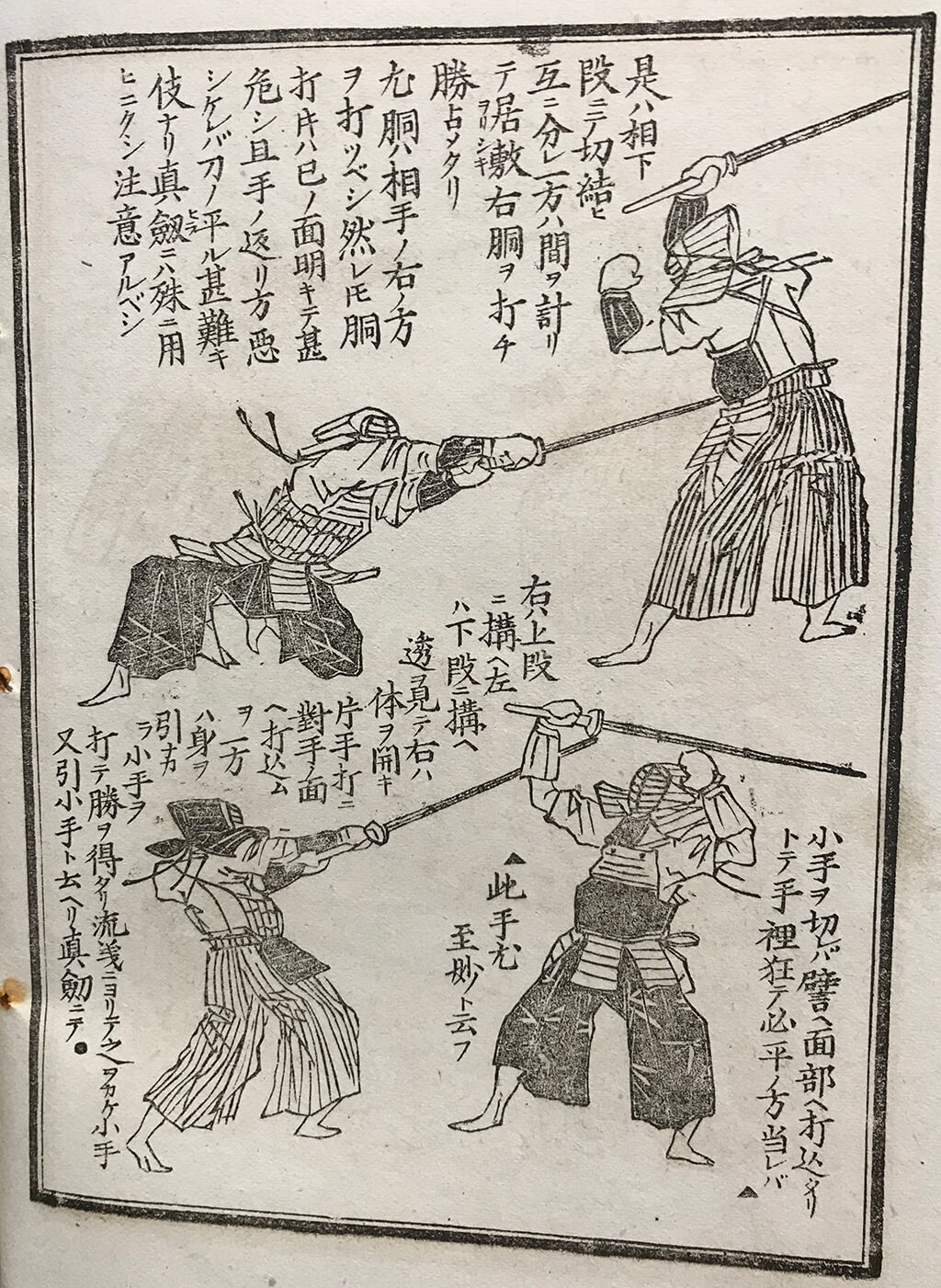 It is important, that the Kenshi (swordsman) has always the right mindset while training. Even if the risk for injury is minimized with the Bogu and Shinai and bruises should be the only consequences, a clean technique as well as the understanding that the Shinai actually is a Katana has to be present and clear at any time.

All principles of Mugai Ryu and Genko Nito Ryu like Iaido, Kenjutsu and Tameshigiri should be implemented In the Kendo-like sparring system. The technique should be clean cutting movements. Hand to hand combat is allowed as well with punches, kicks and throws to simulate a realistic fight as good as possible.

Sparring shows your limits and fears very fast and clear, but overcoming these is an important part in personal and spiritual growth. It is interesting and important to test if the techniques work in a real fight and to develop a correct feeling for distance, timing and your technique. Experience shows that women and men alike enjoy the sparring a lot.

There are various training methods in the Gekiken training:

Sparring training, normally with Bogu und Shinai. In contrast to Kendo it is allowed to cut wherever you can hit and the movement has to be a cutting motion the same way a Katana is used.

Additionally and only for advanced Kenshi there is sparring without Bogu, or only with Kote (Handguard), fighting with Bokuto (wooden swords) and later on metal blades as well as Shinken (real sharp Katana).

In this training method the Kenjutsu Kata are traied with Bogu and Shinai in full-contact. This gives the oppurtunity to work in full speed and power without taking care not to injure the partner since harsh injuries are not possible in contrast to Kenjutsu. It is possible to train the Kata in different variations and realistic fighting approaches to adapt to various fight situations.

Similar to Kenjutsu this training has fixed roles. The Uchidachi is the attacker and the Shidachi the defender, who gets flooded with attacks to develop a good sight, develop a feeling of getting confronted with aggression as well as  a strong defense.

Picture Wednesday: David, the man at arms in our D