Teaches the Kung Fu Kids classes for under 8 year olds

Graduate Sports Scientist
Mother of 3 Children
Since 2000 on the path of martial arts with diverse experiences in Kung Fu Toa, kickboxing, boxing and karate as well as qi-gong, yoga and pilates. 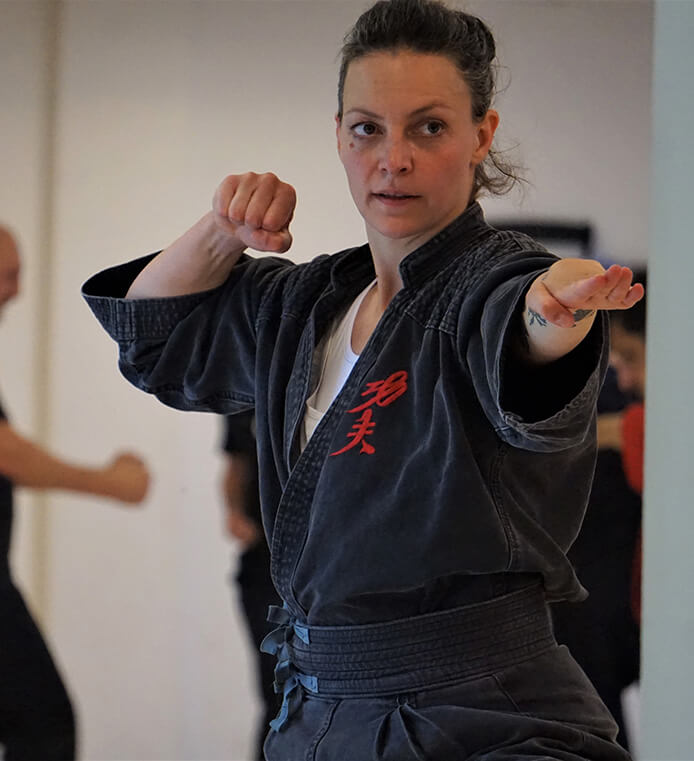 To me martial arts is not a sport. It’s a way, a holistic concept of physical and mental training and personal development.
My goal as a trainer is to pass this idea down to the smallest too. On the basis, next to the physical exercise, its about conveying an awareness for there bodies and to strengthen this awareness and build it up to create an basic and healthy overall physique. It all starts with, that they get to know there body parts and feel them, to playfully train coordination and learn its creative use in motion, before or during which we get into concrete form- and sparing training.
At the same time I also want to push and challenge the children mentally concerning there ability to concentrate, focus, be perceptive and react and show them a certain degree of understanding discipline. On the last point this includes being on time for training, wearing the traditional training gear and the ritual bow when entering and leaving the Dojo as well as a child-friendly seriousness during training and a respectful behaviour with each other.

Mugai Ryu Iaido Kihon Ni at our summer Gasshuku in